It is long believed that Short-Finned Pilot Whale (Globicephala macrorhynchus) – as well as other whale species – will travel for ages, whether for delivering its babies or for their mating season. However, recent researches shows that they might endemic to the same location (Kasuya, 1988). Normally found in around continental shelf of the deep ocean, the short-finned Pilot Whales consists of 2-80 whales per school with a movement of 2 km/hr (average) as per Wells et.al (2013). Pilot whales are normally eat cephalopods, squids, octopus and sometimes tuna.

Indonesia, as well as other tropical water is home to this species, which is mostly found in eastern part of this country. Report from the Wells, et.al (2013) shows that Pilot Whale is considered rare to strand to the coast (almost 5% of all stranding events – Putu Mustika et.al. (2009)). The area that reportedly have pilot whale sighting in Indonesia are in Komodo (March 2010), Biak (January 2010), Manado (August 1996), Toli-Toli (March 2006), Meru Betiri-East java (May 2004) and most recently in Morotai (November 2014). Considered to mate all year long, but data from Kasuya (1993) shows that September to March is the most common period for Pilot Whale lactation, which is most likely October is the best time to see the calves from Pilot Whale.

Capable of diving to the maximum 1500 m (Wells, et.al., 2013), most Pilot Whale (88%) dive only to depth between 2-50 m. Short-Finned Pilot Whale is often mistakenly identified with False Killer Whale (Pseudorca cressidents) and Melo-Headed Whale (Peponocephala electra) due to their similar features. 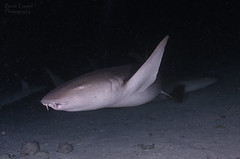