On Aleksandra Maljkovic and Isabelle Cote’s “Effects of tourism related provisioning on the trophic signatures and movement patterns of an apex predator, the Caribbean reef shark” http://www.sciencedirect.com/…/article/pii/S0006320710004908 Once in Marine […] 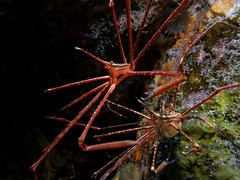